REGULATION ROUND UP: Santa Barbara Save the Short Term Rentals 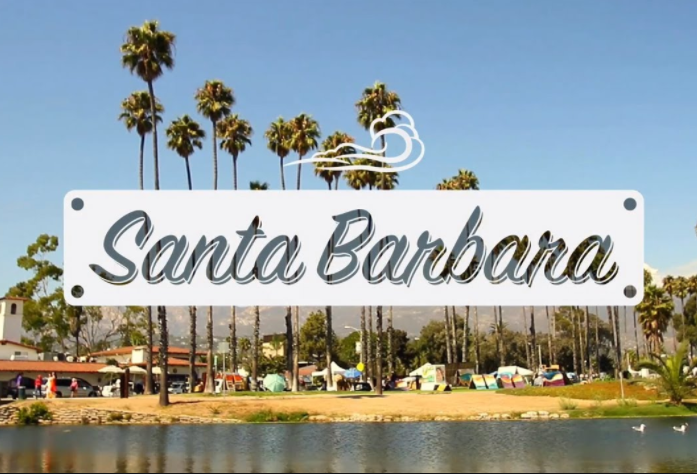 For many people within the short term rental community in Santa Barbara, renting out their home is part of how they make ends meet. The extra income oftentimes helps homeowners with mortgage payments, car payments, and many other everyday life expenses.

For managers of short term rentals, helping folks rent out their most valuable asset -- their home -- is a full time job. Vacation rental managers are also ambassadors for their cities pointing the thousands of traveling families and vacationers to other local small businesses and authentic hidden gems around town.

In Santa Barbara, there is an ordinance on the table that would effectively ban short term vacation rentals which would wipe out the small businesses that support the industry. If adopted, the Santa Barbara County Board of Supervisors would be forcing hardship on the homeowners relying on the extra income and virtually pink slipping the 5,000+ jobs supported by the local vacation rental industry.

Furthermore, every business in the City of Santa Barbara would miss out on the $470 million dollars of economic impact that the short term vacation rental industry brings to town. Would everyone who was going to stay at a vacation rental head to the local Santa Barbara hotel/motel instead or look elsewhere for their travel plans?

So, what is the problem? Why would Santa Barbara want to shoot itself, it’s vacation rental homeowners, it’s workforce and it’s economy in the foot?

Theo Kracke, leader of Save The Rentals Santa Barbara, notes that the arguments made in support of the current legislation are founded on overstated nuisance issues and unsubstantiated claims of impact on long term housing. As a resident of Santa Barbara since 1981, Kracke pleads to his County officials, “Please do not take a ‘sledgehammer’ approach to address issues that can be easily managed through Fair Regulation.”

THE DATA DOES NOT SUPPORT THE “BAN”

It’s important to keep in mind that Santa Barbara isn’t a city known for loud parties, nuisance issues, and the data makes this plainly obvious. 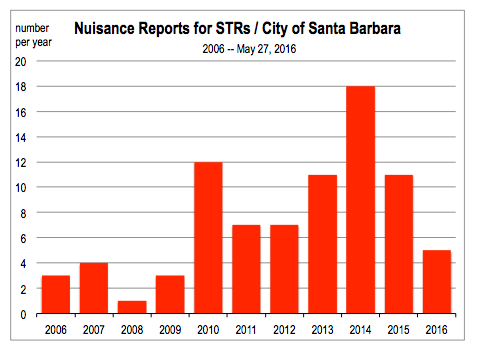 As for the argument suggesting that STRs are taking away from the affordable housing within the city, the numbers just don’t support the myth! Within Santa Barbara there are 38,066 housing units and only 1,193 short term rentals, most of which are second homes. Is the County expecting that the ban will magically force everyone to throw their vacation home onto the long term rental market? With just 3.13% of the city’s total housing inventory even in the discussion, we think this needs some better examination -- and facts!

WHAT CAN YOU DO TO HELP!?

Tuesday, June 6th at 9 am the Santa Barbara County Board of Supervisors is discussing and voting on the future of Short Term Rentals in Santa Barbara County. The discussion centers around an Ordinance prepared by government officials last year that effectively BANS STRs! We need your help to ensure that this ordinance does not get passed!

Here are some ways you can help:

1. Sign the petition prepared by Save The Rentals Santa Barbara, which urges the County Board of Supervisors to not approve the STR Ordinance to ban all STRs!

2. Spread the word to others! Share our video, share the link to the petition, and begin to post all over social media as to why you believe in FAIR rental regulation!

For the over achievers:

3. Prepare an email and send it to the Santa Barbara Board of Supervisors, CCing the Clerk of the Board, before Monday, June 5th. Tell your story and why you believe STRs should be both allowed and fairly regulated throughout Santa Barbara!

4. If you’re in or around Santa Barbara, attend the Board of Supervisors hearing on Tuesday, June 6th at 9 am!

If you wish to learn more about the situation in Santa Barbara and you’re looking for more ways to get involved in the discussion, click here.

Get started being the first to know rather than the last to find out.

Not seeing yourself here? Learn more on who we work with.

Sign up to receive developing news and alerts on protecting rental properties.

The Smoke Detector for Noise